Phuket, formerly known as Thalang, which is somewhat smaller than the size of Singapore, is Thailand’s largest island. The island is connected to mainland Thailand by two bridges. It is situated off the west coast of Thailand in the Andaman Sea. Phuket formerly derived its wealth from tin and rubber, and enjoys a rich and colorful history. The island was on one of the major trading routes between India and China, and was frequently mentioned in foreign ship logs of Portuguese, French, Dutch and English traders. The region now derives much of its income from tourism

Since the 1980s, the sandy beaches on the western coast of the island have been heavily developed into tourist centres, with Patong, Karon and Kata being the most popular ones. Since the 2004 Tsunami, all damaged buildings and attractions have been restored. Phuket is currently going through an intensive period of leisure urbaniSation with many new hotels, apartments and houses under construction. A total of 5,080 additional hotel rooms are expected to enter Phuket by 2015. Phuket was voted one of the World’s Top 5 retirement destinations by the acclaimed Fortune Magazine. There are thousands of expatriates living in Phuket, many of them retirees.

Phuket provincial population in preliminary count of 2010 census was counted to be 525,018 people, including some 115,881 foreigners, or 21.1% of the population. However, it is admitted this is inaccurate since The Phuket Provincial Employment Office currently records for more than 64,000 Burmese, Lao and Cambodian workers legally residing on the island.

The Phuket International Airport is located in the north of the island. There are many scheduled flights and chartered flights from domestics and other countries in Asia, Australia, Europe and North America landing in Phuket.

Phuket also has the longest exposure to the pressures created by developing Tourism. Over the last 40 years the evolution and development of the sleepy beachside villages into high rise international resorts have remove many traditional Pineapple fields for which Phuket was well famous for supplying this tasty fruit to other parts of Thailand.

Amazing experience. Completed my certification course for open water with all the support of Jon perr. Will remember him all my life . Great guy ! 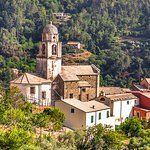