King cruiser wreck started life as a car & passenger ferry in Kobe, Japan in the early 90’s it was purchased by Thailand’s Marine company to run daily between Phi Phi islands and Phuket main land

The King Cruiser a large ferry running from Phuket on a routine voyage to the Phi-Phi Islands made history on the 4th May 1997 after crashing into the local dive site Anemone Reef an isolated rock, the speed of the impact resulted in the reef ripping through the belly of the King Cruiser that then sank some 4 hours later after all on board escaped all the crew and passengers were able to get off the ship safely and no lives were lost. King Cruiser wreck rates as the best wreck dive in Asia located East of Phuket, and About 9 miles west of Phi Phi Don.

The King Cruiser slowly sank and ended up at a bottom of the ocean seabed at a maximum depth of 31m. After nearly 2 decades of being in the water this huge 85m long x 25m wide wreck is now breaking up and is no longer safe for deep penetration, quite a few areas have collapsed ceilings or decks, these areas should not be entered. King Cruiser Wreck dive site is now a fantastic Artificial Reef, populated with large schools of fish, this dive site is for advanced divers only, or experienced open water divers due to medium to strong currents, and the depth of the wreck. Its Possible that you can cover the dive by following the hull of the wreck from the decent line from the surface and returning to the line for the ascent and Safety stop. You can find day 3 dive day trips to King Cruiser here

The king cruiser has 2 mooring lines 1 at the bow and 1 at the stern. Decent to the wreck is often more than not down the mooring line, the boat will drop you off close to the line and then move away, the wreck starts at 16m and at high tide the sand bottom is at 32-33m, the average depth is normally around 22 – 26m on the outer side of the hull of the boat. There are some large swim throughs and its really up to the diver if you want to swim through them.   divers should note there are some areas with sharp objects and divers should watch out for these. Divers are advised to monitor their air more frequently at this site Assents are via the mooring line

When diving the King Cruiser You may want to consider about a taking personal private dive guide to enjoy the dive and dive longer as this can often be a shorter dive if you are in a large group. Use a descent line whenever possible, and always use a safety balloon (SMB) when ascending due to Boat traffic. If you have Nitrox training you may want to dive this using Nitrox 32 as it will extend your NDL and your dive time on the wreck.

Sea Conditions: you can dive King Cruiser dive site during the NE monsoon season (Nov- May) although some days strong winds can make it off limits,  however with a good weather forecast day trips from Phuket are possible most days of the year

Jon was an excellent instructor! I couldn’t ask for a better instructor to do certification with. He walked me through the steps and helped me all the way. He... read more really made this experience a smooth and fun one. I would recommend Jon to anyone, next time I’m in Phuket I will be coming to same shop to dive and hopefully I’ll get Jon again as instructor! 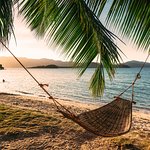